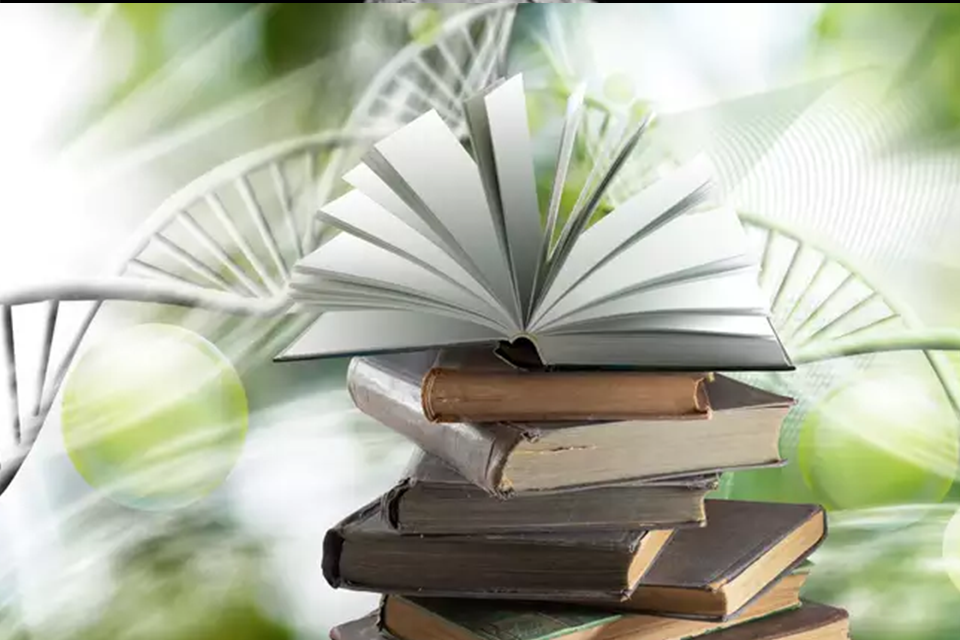 An international team of scientists, including researchers at the University of Edinburgh and the Max Planck Institute for Psycholinguistics in Nijmegen (Netherlands), has for the first time pinpointed a large number of genes that are reliably associated with dyslexia. Around a third of the 42 genetic variants identified have been previously linked to general cognitive abilities and educational attainment. The researchers say their findings may aid our understanding of the biology behind why some children struggle to read or spell. 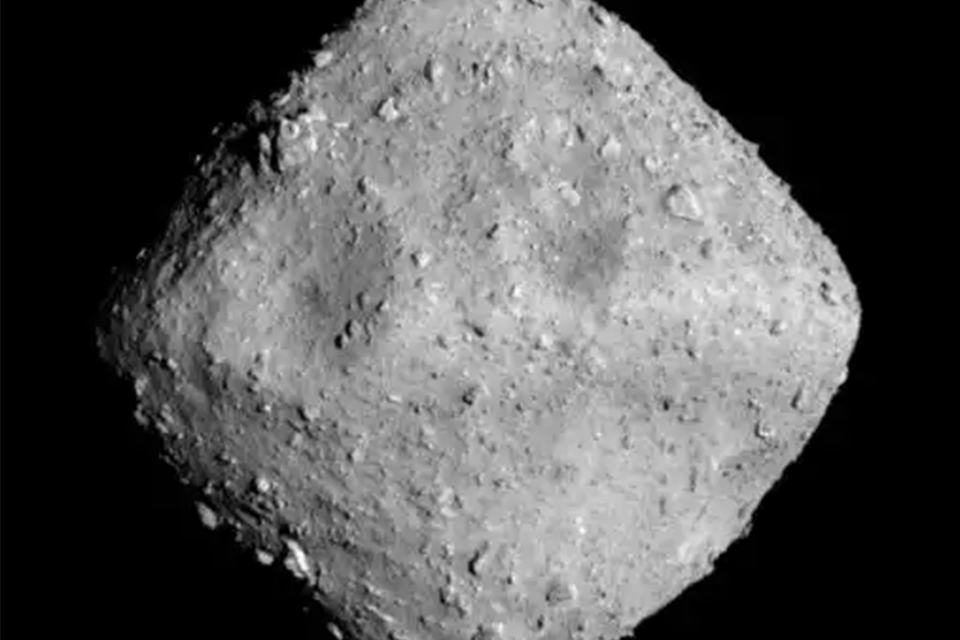 A traveler from the edge of the Solar System

The asteroid Ryugu likely formed at the outer edge of the Solar System beyond the orbits of Jupiter and Saturn, as high-precision measurements that determine the ratio of iron isotopes in rock samples from Ryugu suggest. The Japanese space probe Hayabusa 2 had taken the samples and brought them back to Earth two years ago. An international group of researchers with participation of the Max Planck Institute for Solar System Research (MPS) in Göttingen and the Georg-August-University Göttingen describes these results in today’s issue of the journal Science Advances. 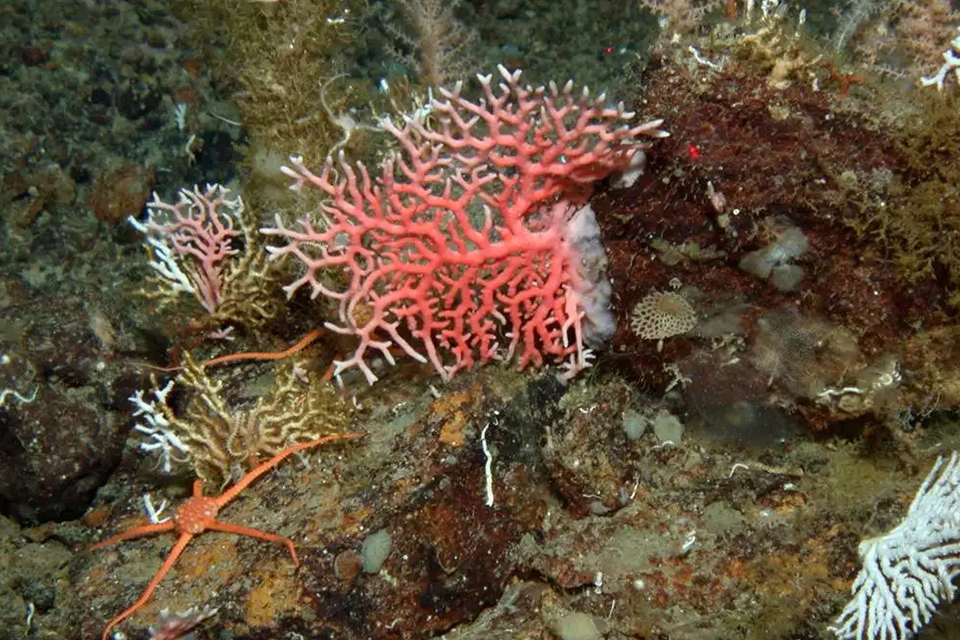 Dying reefs and once-vibrant corals that have since lost all colour: climate change is having massive effects on the architects of undersea cities. As waters grow warmer, the phenomenon of “coral bleaching” continues to spread. Yet not all corals are equally susceptible. An international team led by Cesar Pacherres and Moritz Holtappels from the Alfred Wegener Institute, Helmholtz Centre for Polar and Marine Research (AWI) in Bremerhaven and Soeren Ahmerkamp from the Max Planck Institute for Marine Microbiology in Bremen may have found the explanation: using minuscule filaments (cilia), corals can influence the currents in their immediate vicinity, protecting themselves from harmful oxygen concentrations, as the experts report in the journal Current Biology. 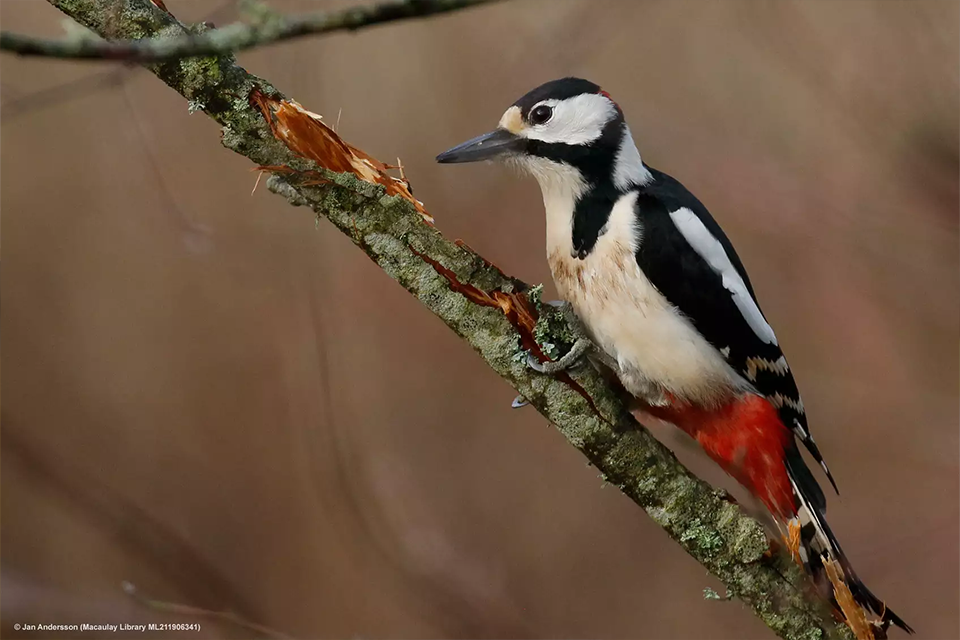 Many mammals have a sweet tooth, but birds lost their sweet receptor during evolution. Although hummingbirds and songbirds independently repurposed their savory receptor to sense sugars, how other birds taste sweet is unclear. Now, an international team lead by researchers from the Max Planck Institute for Biological Intelligence (in foundation) shows that woodpeckers also regained sweet taste. Interestingly, wrynecks, specialized ant-eating woodpeckers, selectively reversed this gain through a simple and unexpected change in the receptor. These results demonstrate a novel mechanism of sensory reversion and highlight how sensory systems adapt to the dietary needs of different species. 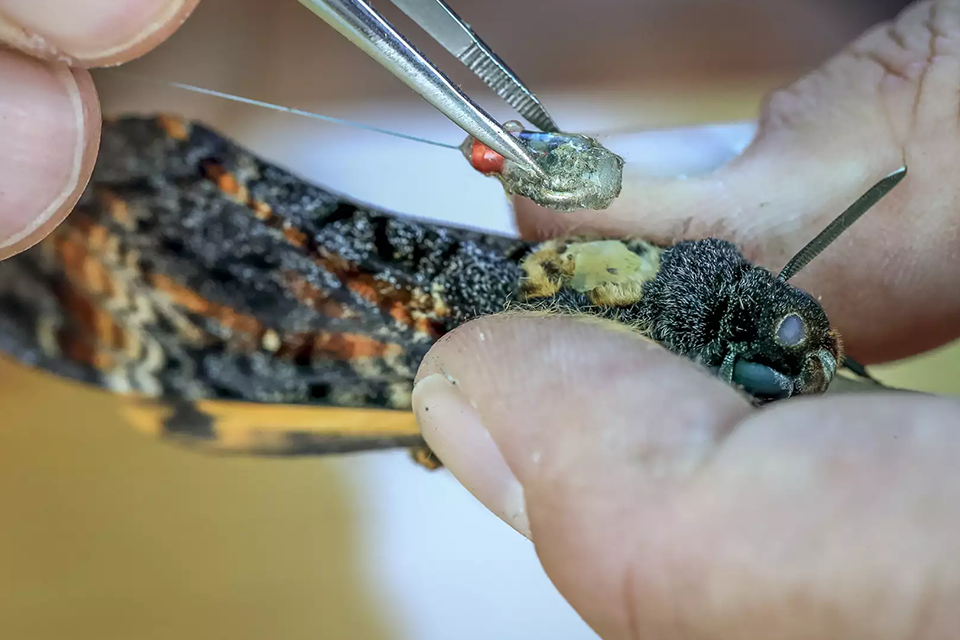 Insects are the world’s smallest flying migrants, but they can maintain perfectly straight flight paths even in unfavorable wind conditions, according to a new study from the Max Planck Institute of Animal Behavior and the University of Konstanz. Researchers radio tracked migrating hawkmoths for up to 80 kilometers—the longest distance that any insect has been continuously monitored in the wild. By closely following individuals during migration, the world-first study unlocks a century-old mystery of what insects do over their long-range journeys. 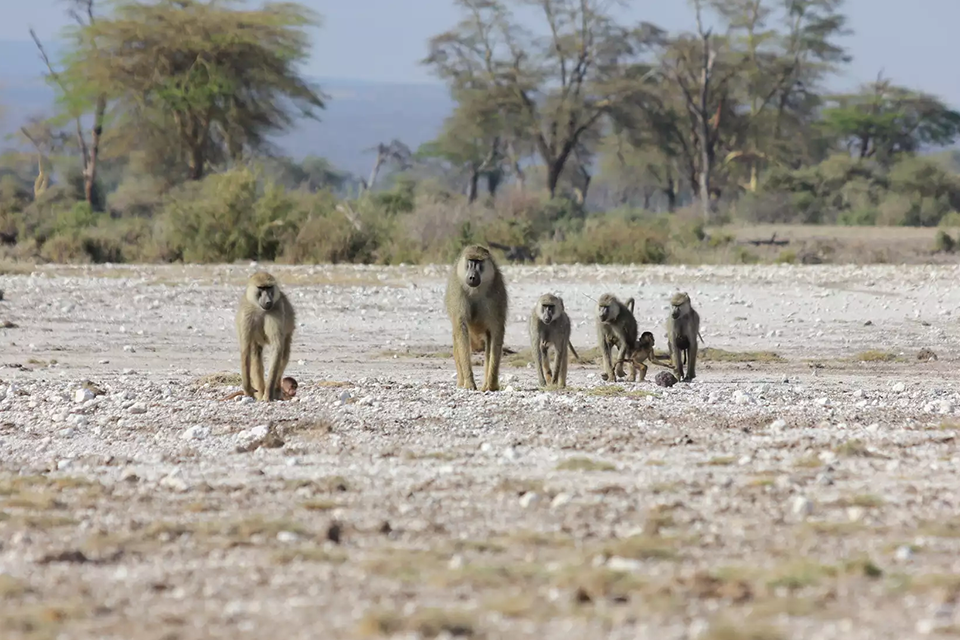 Costs and benefits of genetic mixing

New genetic analyses of wild baboons in southern Kenya reveals that most of them carry traces of hybridization in their DNA. As a result of interbreeding, about a third of their genetic makeup consists of genes from another, closely-related species. The researchers led by Jenny Tung from Duke University and now at the Max Planck Institute for Evolutionary Anthropology, measured genetic variation and gene activity to understand the possible costs and benefits of genetic mixing in primates, including humans. 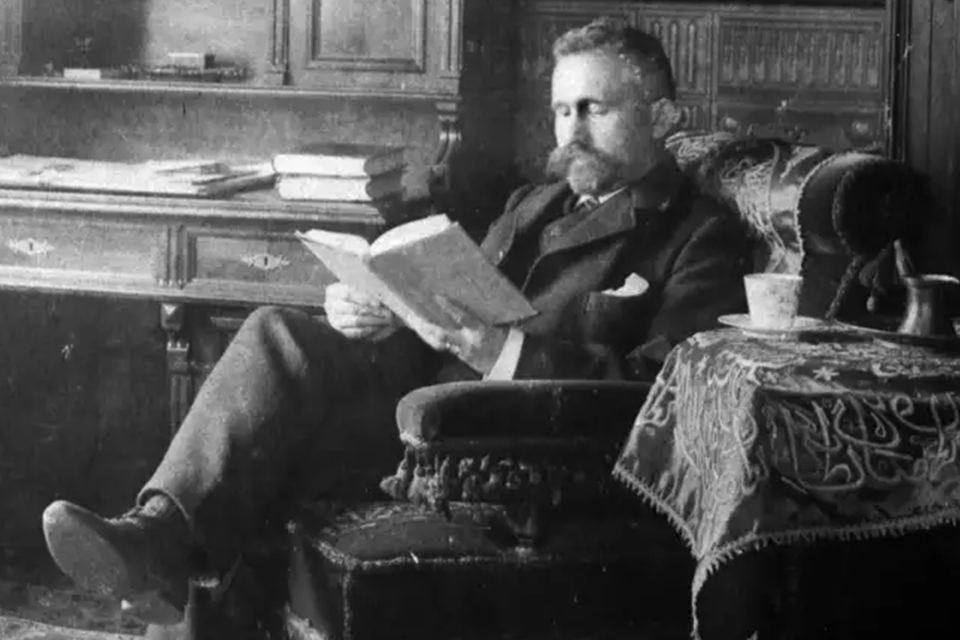 Similarity between schizophrenia and dementia

Researchers for the first time compared schizophrenia and frontotemporal dementia, disorders that are both located in the frontal and temporal lobe regions of the brain. The idea can be traced back to Emil Kraepelin, who coined the term "dementia praecox" in 1899 to describe the progressive mental and emotional decline of young patients. His approach was quickly challenged, as only about 25 percent of those affected showed this form of disease progression. 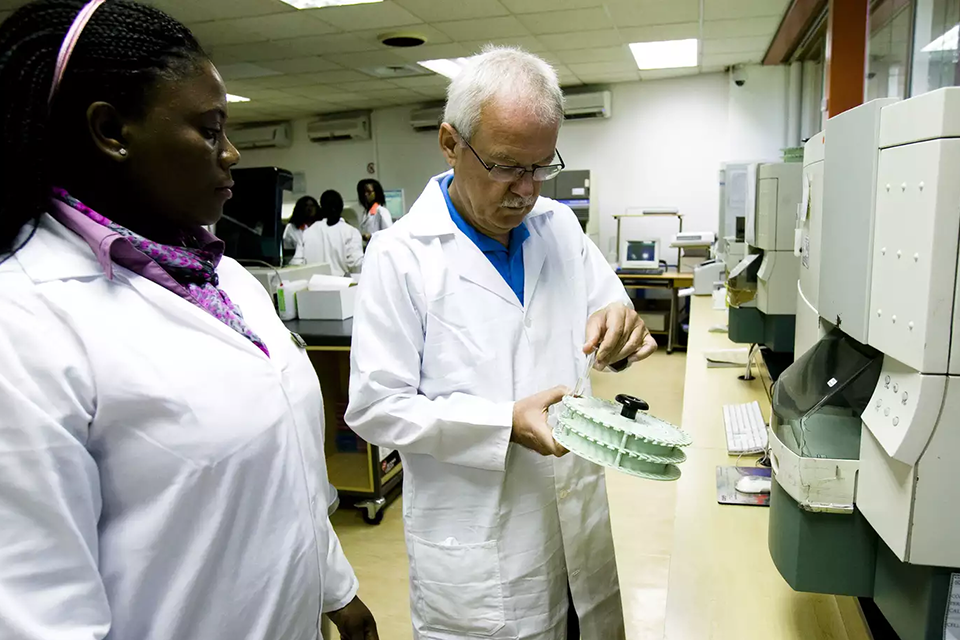 No other infectious disease has killed more people than tuberculosis. Currently, only one vaccine is available to prevent severe courses: Bacillus Calmette Guérin (BCG). However, it is not equally effective against all types of tuberculosis. Especially infants and immunocompromised patients are therefore in urgent need for more effective tuberculosis vaccines. A clinical trial in South Africa has now shown that the new vaccine candidate VPM1002, developed by Max Planck researcher Stefan H.E. Kaufmann and his team, is equally safe for newborns with and without HIV exposure and has fewer side effects compared to BCG. 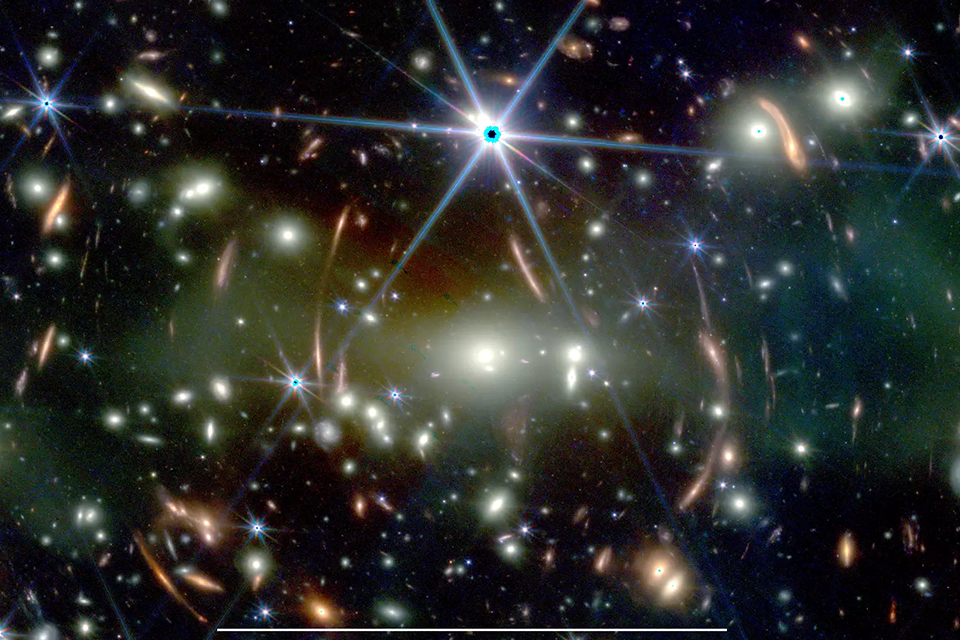 Galaxies behind a gravitational magnifier

Using the first science image released by the James Webb Space Telescope (JWST) this month, an international team of scientists led by the Max Planck Institute for Astrophysics has built an improved model for the mass distribution of the galaxy cluster SMACS J0723.3−7327. They used dozens of multiple images of far-away background galaxies revealed in the JWST image, some of which were too faint to be detected previously. Acting as a so-called gravitational lens, the foreground galaxy cluster produces both multiple images of background galaxies and magnifies these images. 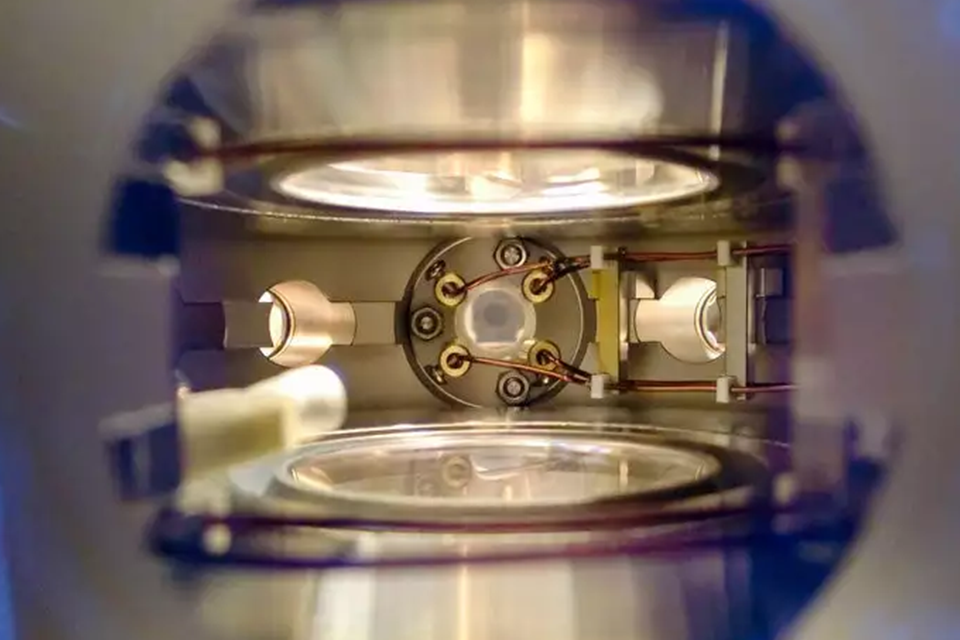 A nanokelvin microwave freezer for molecules

Researchers at the Max Planck Institute of Quantum Optics have developed a novel cooling technique for molecular gases. It makes it possible to cool polar molecules down to a few nanokelvin. The trick used by the team in Garching to overcome this hurdle is based on a rotating microwave field. It helps to stabilise the collisions between the molecules during cooling by means of an energetic shield. In this way, the Max Planck researchers succeeded in cooling a gas of sodium-potassium molecules to 21 billionths of a degree above absolute zero. 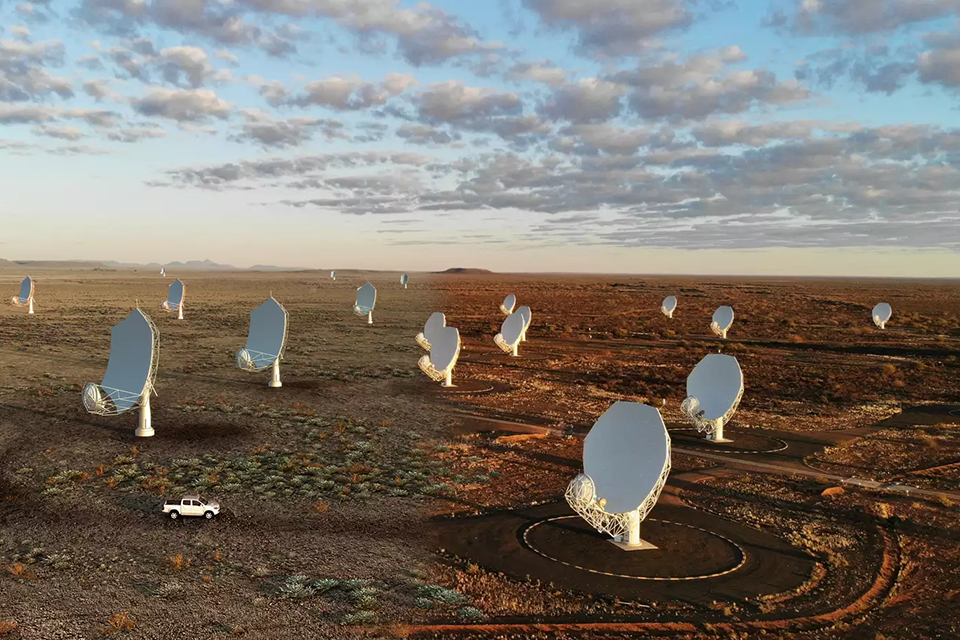 An international team of researchers has demonstrated that the Square Kilometre Array Observatory (SKAO) is capable of detecting radio emissions from normal spiral galaxies in the early universe. The SKAO, whose construction began this year, will soon be the largest radio telescope in the world. The astronomers, who are part of the SKAO's “Extragalactic Continuum” working group, are looking for a way to study a cosmic era in which star-forming activity suddenly decreased after an epoch known as “Cosmic Noon”. 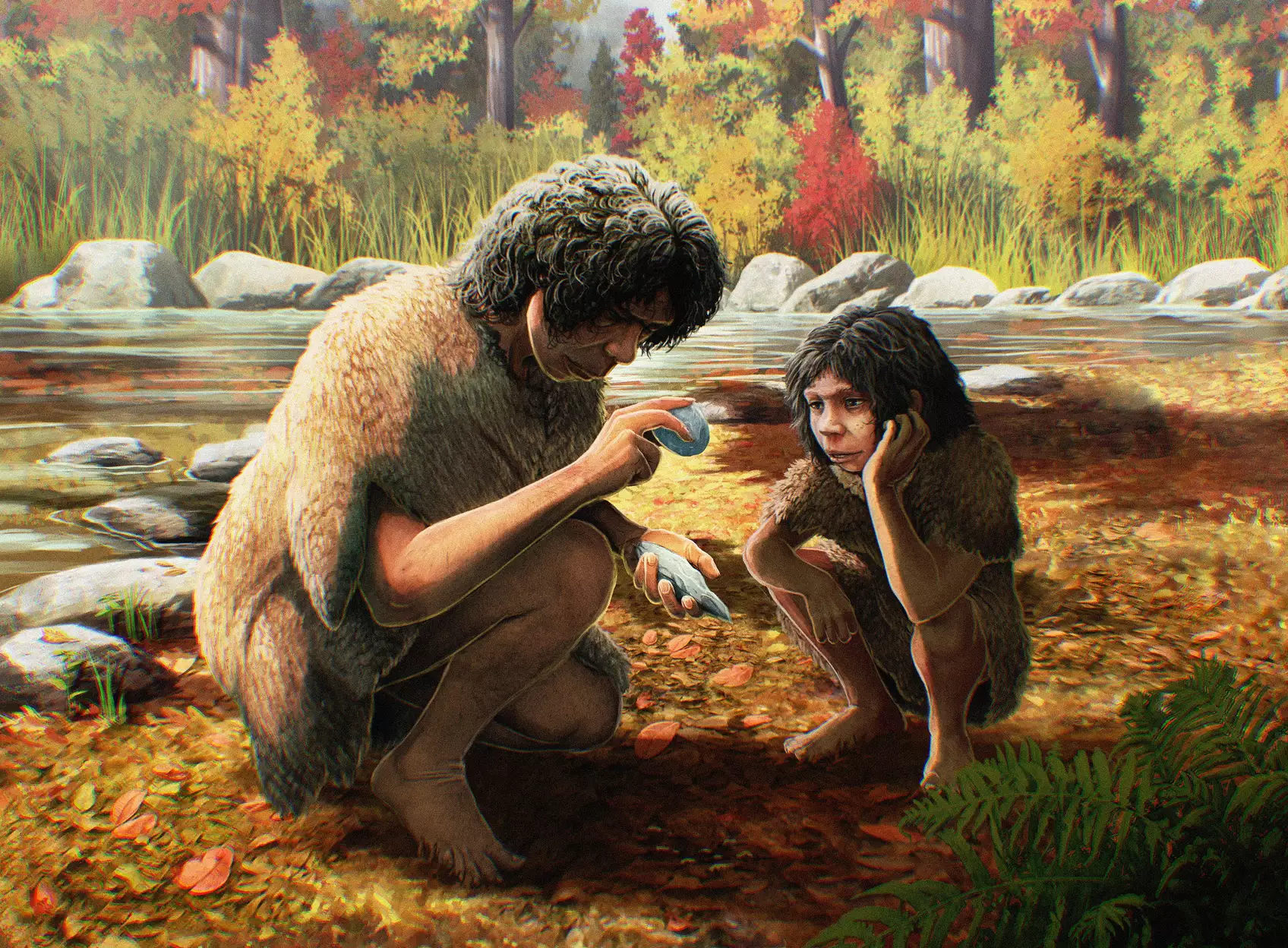 Archaeological discoveries made on the outskirts of Canterbury, Kent (England) confirm the presence of early humans in southern Britain between 560,000 and 620,000 years ago. The breakthrough, involving controlled excavations and radiometric dating, comes a century after stone tool artefacts were first uncovered at the site. The research, led by archaeologists at the University of Cambridge, confirms that Homo heidelbergensis, an ancestor of Neanderthals, occupied southern Britain in this period – when it was still attached to Europe – and gives tantalizing evidence hinting at some of the earliest animal hide processing in European prehistory.